Get a Lower Education on the Bass VI

This blog was a useful way for me to concretize the things I was learning when I first started playing bass again more than five years ago. Based on the traffic it still gets (particularly the introduction to bass amplification, which is linked to over on the reddit.com/r/bass wiki), I think it’s safe to say that it was useful to a few other people too.


In the years since I last posted (seriously, it was 2014), I’ve tried to stay active in music. I’ve played a few interesting gigs, ranging from rock to metal to country. I even have a few musical ideas I’d like to explore on my own through some recording projects. And one of those ideas is centered around the bass VI.


What is a bass VI, you might ask? Is that a six-string bass? Not quite.


I mean, it is a bass with six strings. But most six string basses are tuned B-E-A-D-G-C, in fourths. You just add one more fourth to the top and bottom end of a traditional four string. But a bass VI is something different. A bass VI is tuned exactly like an electric guitar, E-A-D-G-B-E, but one whole octave lower.


This gives the instrument some big boom, but also a lot of the chordal abilities that a guitar has. Additionally, the strings are spaced much closer together, making playing with a pick an essential bass six technique.


The bass VI was first manufactured by Danelectro in the 1950s, and shortly after a Fender version followed. If you want to read more on the history of the bass VI, check out the Wikipedia page.


The bass VI never really took off, though, and they became pretty hard to find. That is, until Fender’s Squier imprint started producing a Vintage Modified version of the bass VI. Now there’s a great entry level instrument (as opposed to vintage instruments that cost many thousands of dollars) available on the market.


The thick and plucky tones of the bass VI can be heard on many classic recordings, but the thing that drew me to it was the potential for reverb soaked surf and spaghetti western style tones. I really wanted to mix those things with the slow and crushing doom metal I had been playing in my band. Now that I’ve moved states and am not playing with anyone at the moment, I’ve really dived into what the bass VI offers as an instrument.


For the foreseeable future, I’m going to be blogging about my journey with the bass VI, what I’ve learned over the last year of focusing on the instrument and taking lessons with a guitar teacher, and how exploring how the instrument might be used in the modern bands.

If you’ve got an interest in the instrument, stay tuned. Bass VI content incoming. 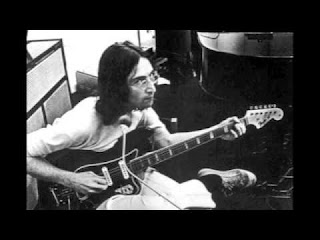